Cantonment Board in Fatehgarh

The cantonment town Fatehgarh run military headquarters in Cantt Area, Fatehgarh along the banks of Ganges River and the state highway UP SH 29A which was established in 1870. The Cantt area extends up to 994 acres plots including civil areas under the board. The board own about 1819 acres on the bed of River Ganges. The military town has its own administration setup which acts independent and in certain issues dependent of the State and the district government administration. Major military base like the Rajput Regiment Centre, Sikh light Infantry Centre and the gun factory along the Ganges River are all headed by the cantonment board limits. The board acts as a self-supporting and financially independent local self-government. Both army and the civil population reside in Cantt area that comes under the control on the Fatehgarh cantonment board. 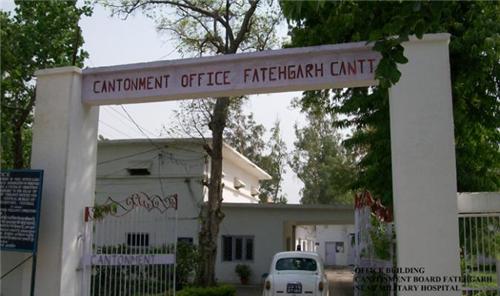 Cantonment Board in Fatehgarh

The cantonment board of Fatehgarh is responsible for the administrative setup on the Cantt area. Civilians locality also located in these areas. Cantonment board acts as an independent local body, it forms the local self-government in the Cantt area. The board aims in providing the best environment for the residents of the board by improving their standard of living and providing high quality cost effective services for both the civil population and the army population. The board acts as per the cantonment act and many other rules and regulations that are formulated by the central government of India, also the central government has the power to supervise or override the cantonment board decision which was purely based on voting system by the board members.

The cantonment board is headed by a board president who is assisted by a vice-president. Any board decision that is related to the civil population residing in the board area sent for review to the civil area committee who examines the details and approve clearance to the board. The fund or the budget for the cantonment administration is allotted by the central government defence ministry, through which the board has constructed army officers staff quarters, overhead water tanks, guest house, community hall, army hospital, dispensary and few shopping complexes in Cantt area. Other than staff quarters all the other means of the conveyance can be also enjoyed by the civilians in the area. The board is also responsible for collecting house tax, water tax, water charges, toll tax and the hawking charges.

Services Offered by Fatehgarh Cantt board

The major services offered by the cantonment board are sanitation, water supply and birth and death registration. The sanitation inspector assisted by four jamadars and 74 safai karamcharis with four tractor tripper and tata tripper look after the area's sanitation. Water to the area is supplied through overhead water tanks, Underground water reservoir, Pump houses, Wells, Hand pumps and Water stand posts. The chief registration officer is responsible for registering the births and deaths that are taking place within the Cantt area. The board has a mission to enhance its services offered to its citizens every now and then.

Explore more about Areas and Localities in Fatehgarh