One Day Trip from Fatehgarh 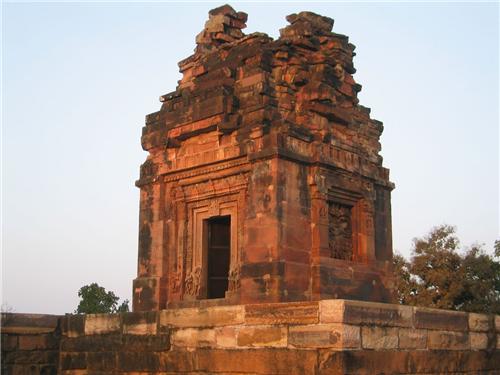 Deogarh is located on the banks of River Betwa. The Dashavatar temple also popularly called as Panchayatana Temple is famous for its sculptures. The doorway of the temple is carved with the sculpture of Ganga and Yamuna, the doorway leads to the sanctum sanctorum. The city was filled with fine collection of sculptures which are all collected and placed for public display at the Deogarh archaeological museum.

How to Reach Deogarh

Bithoor is a beautiful city located on the banks of River Ganges. The city is the birthplace of Lav and and Kush the twin sons of Lord Rama. In this holy city resides the Valmiki Ashram at a considerable height above the ground level, a stone stair case also termed as the stairway to heaven leads to the Ashram. The majestic Lord Shiva Temple on the Pattar Ghat brings a lot of devotees to its vicinity. The holy Brahmavart Ghat on the Ganges bank is a place where Lord Brahma’s devotees offer prayers.

How to Reach Bithoor

Raebareli is a beautiful city which has wonderful picnic spots that attracts a large number of tourists to its land. The month of November till March is the best time to visit the place. The Indira Gandhi memorial botanical garden on the banks of Sai River is a lovely landscape of colourful flowers, green lawns and birds. The garden also serves as a research institute on botanical studies. The Samaspur Bird Sanctuary on the Samaspur Lake has a fine collection of birds and fishes on the lake. Other important tourist destinations of the city are the Behta Bridge, Lala Revti Ram ka Talab, Shaheed Smarak and Bada Kuan.

How to Reach Raebareli

Sravasti has many tourist destinations. The 400 acres plot Maheth describes the wealth and luxury of old Sravasti. The plot comprises of Sobhanath temple which is the birth place of Sambhavnath a Jain Tirthankar and Buddhist temples Pakki Kuti and Kacchi Kuti both of them were converted into Brahmanical temples in recent decades. The Gupta style Saheth is an important tourist destination as it homes many historic temples, stupas and monasteries. A giant Buddha statue from Saheth was currently placed in Kolkata Indian Museum. On the occasion of Buddha Purnima the celebration and fairs conducted in Sravasti Buddhist temples are at a very large scale which invites enormous devotees and tourists of all disciplines to its grounds.

How to Reach Sravasti

The historic town Jaunpur has famous mosques like the Atala masjid, Jama Masjid, Lal Darwaza Masjid and Khalis Mukhlis Masjid which attracts enormous devotees to its ground. The other main tourist attraction is the majestic Shahi Bridge which was built by Munim Khan, through the bridge the Gomti River passes.

How to reach Jaunpur

Mahoba has various tourist spots. Gokhar hill is an ideal picnic spot in the city which is where guru Gorakhnath along with his disciples resided, the hill has built in carved granite statues along with ancient caves and beautiful waterfall, which is ideal for kids to enjoy. Another significant picnic spot along the shores of Vijay Sagar is the Pakshi Vihar which nests rare varieties birds. The city has famous pilgrim centres like Kakramath temple built on granite stone for Lord Shiva, Sun Temple built on granite stands as a fine example of Pratihara architecture, Manaiya Devi temple, Jain temple and Buddhist temples.

How to Reach Mahoba