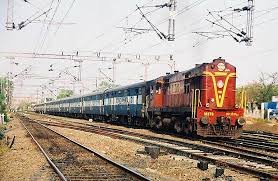 Fatehgarh has a good transport system which comforts the travellers from and to the city. The city has a railway station, UPSRTC bus service and numerous private transport facilities the traveller’s journey. The roadway including the state highways & the major roads and the railways of the city are well maintained by the central government, state government and the local self-government.

The Ganga express highway is an upcoming project in Uttar Pradesh to build 1047 km express highway with 8 lanes along the Ganges River connecting all a major Uttar Pradesh cities sited on the banks of Ganges. The project is divided into 4 sectors out of which one of the sectors connects Greater Noida till Fatehgarh crossing Bulandshahr covering a length of 253 km. The project delayed due to certain environment concern issue raised in the high court.

The Fatehgarh bus station provides in-station and out-station bus facilities to all prime locations within the city and the adjacent cities near the city. Both private and local bus service is available in this station. The UPSRTC bus also stops by the station.

Here is the detailed list of the trains that stop by Fatehgarh railway station.

The railway station is surrounded by many hotels like Hotel Hindustan at a distance of 2.7 km and Hotel Rajputana at a distance of 2.8 km are two closest hotels from the station which can be reached through a car or an auto in just 5 to 10 mins journey. These hotels provide its customers a quality stay, package drinking water, multi cuisine foods and transport facilities at a reasonable charge.