Fatehgarh is well connected to the renowned tourist destinations near it. Places for weekend getaways from Fatehgarh are well supported by the Uttar Pradesh transport system - railways and the Highways - which makes it the travel easy and comfortable. 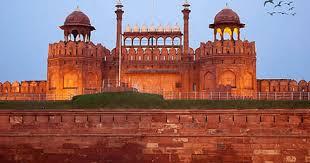 Delhi attracts numerous tourists every year. The city gives its visitors a numerous options to tour. The 23 feet iron pillar of the Gupta Empire built by Chandragupta Vikramaditya is located in the Qutub complex is renowned for its rust resistant mixture of construction. Ruins of Qila Rai Pithora built as a fort city by Prithiviraj Chauhan in twelfth century is a finest example for Chauhan architecture. The world heritage site Qutub Minar is the 238 feet world tallest free standing brick tower. The other world renowned heritage centres are the Humayun tomb and the Red fort both stands as an examples for Mughal architecture. The Independence Day speech of the Indian Prime Minister and the Independence Day parade attracts a large number of tourists to red fort as the historic fort holds the honour of hosting the event.

Uttarakhand capital city Dehradun on the foot of Himalayas is located between the rivers Ganges and Yamuna. The vivid nature, sports complexes and the wildlife sanctuaries in the city charms enormous tourist to its land every year. The city is also famous for its pilgrim centres like the Tapkeshwar temple, Lakhamandal temple and the Santala Devi temple. Popular hill stations in the city were Sahastradhara, Mussoorie, Dakpathar and Chakrata.

The cities Dehradun and Fatehgarh are located at a distance of 464 km. The shortest travelling route to reach the city can be achieved through a two way journey from Fatehgarh to Shajahanpur by roadways and from Shahjahanpur to Dehradun railway station through Gorakhpur Dehradun express (15005) which will take around 11 hours journey from Fatehgarh.

Bharatpur is famous for its festivals and fairs as it brings a large number of devotes and tourists to its vicinity. Popular fairs organised in the city were gaurav mahamna, Jaswant Exhibition, Gangaur and the Teej fair. Keoladeo national park, Nehru Park and the Vishwapriya shastri Park were the famous parks in the city in which the Keoladeo Park is crowned as a world heritage centre which is visited by 364 varieties of birds every year. Popular monuments in the city were Lohagarh Fort, Government Museum, Golbagh Palace, Moti Mahal, Kishori Mehal, Laxmi Vilas Palace, Jawahar Burj and the Fateh Burj. 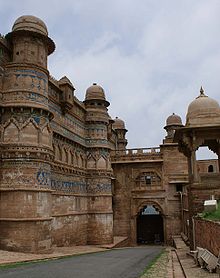 The historic city Gwalior in Madhya Pradesh is renowned tourist destination. Gwalior fort also called as the “Gibraltar of India” is one of the biggest forts in the nation which overlooks the whole city. It is a composition of many historic buildings like the Gujari Mahal, Sas Bahu temple and the Teli ka Mandir. Other important tourist destinations of the city are Maharaj bada, Rani Lakshmibai tomb, Tansen’s tomb, Gopachal Parvat, Municipality museum, sun temple, Jai vilas Mahal, Shyam Vatika and the Chatris of Scindias. The city is also a shopping destination has it holds numerous malls and multiplexes in its grounds.

The cities are located at a distance of about 209 km from each other. The shortest route to reach the city is through roadways in about 3 hrs 22 mins journey.

The industrial hub Faridabad is located in Haryana. The city accommodates its tourist with its luxury five star and four star rated hotels. Badkhal Lake in the foot of Aravalli hill is famous for its flower shows. Suraj Kund is an ideal picnic spot as the Suraj kund Lake is encircled by a rock cut steps, the destination is famous for its renowned handloom fair. The architectural style of Raja Nahar Singh palace attracts many visitors to have a glimpse of its fort. Other important tourist destinations in the city are the Dhauj Lake, Aravali Golf Course, Nahar Singh Cricket Stadium, Jharna Mandir in village Mohabbtabad and the Shri Parshvanath Digambar Jain Mandir. The city also homes many shopping centres like the Crown Plaza, Crown Interiorz, City Mall, EF3 mall, Mall Manhuttan, SRS Mall and the Eldeco Station1.

The cities are located at a distance of about 321 km from each other. Two-way train transport reaches the city. From Fatehgarh railway station through Chhapra Mathura express (15107) Mathura junction has to be reached from where Faridabad can be reached through Amritsar express (11057) at a total travelling duration of about 9 hours 48 mins.

Panipat in Haryana is also referred as “Dharmaksetra” in Bhagavad Gita. The Panipat museum narrates the episodes of the historic Panipat war, the museum is a memorial setup on remembrance of battle of Panipat. The Kabuli Bagh garden attracts many visitors to admire the gift of the nature of the garden, apart from it Kabuli bagh also homes a mosque and a tank in its premise. Other important tourist destinations of the city were the Hemu’s Samadhi Sthal, Ibrahim Lodhi’s grave, Shri Devi temple, Kala Amb and the Salar Gunj gate.

The cities are located at a distance of about 435 km from each other. Two way journey favours its reach. From Fatehgarh through Kalindi express (14723) New Delhi Shahdara junction has to be reached from where Panipat can be reached through Shane Punjabi train (12497) at a travelling duration of about 12 hours 11mins. The city can also be reached from Fatehgarh to Etawah through roadways and from where Panipat can be reached through Katihar Amritsar express (15007) at a total travelling duration of about 10 hrs and 10 mins.